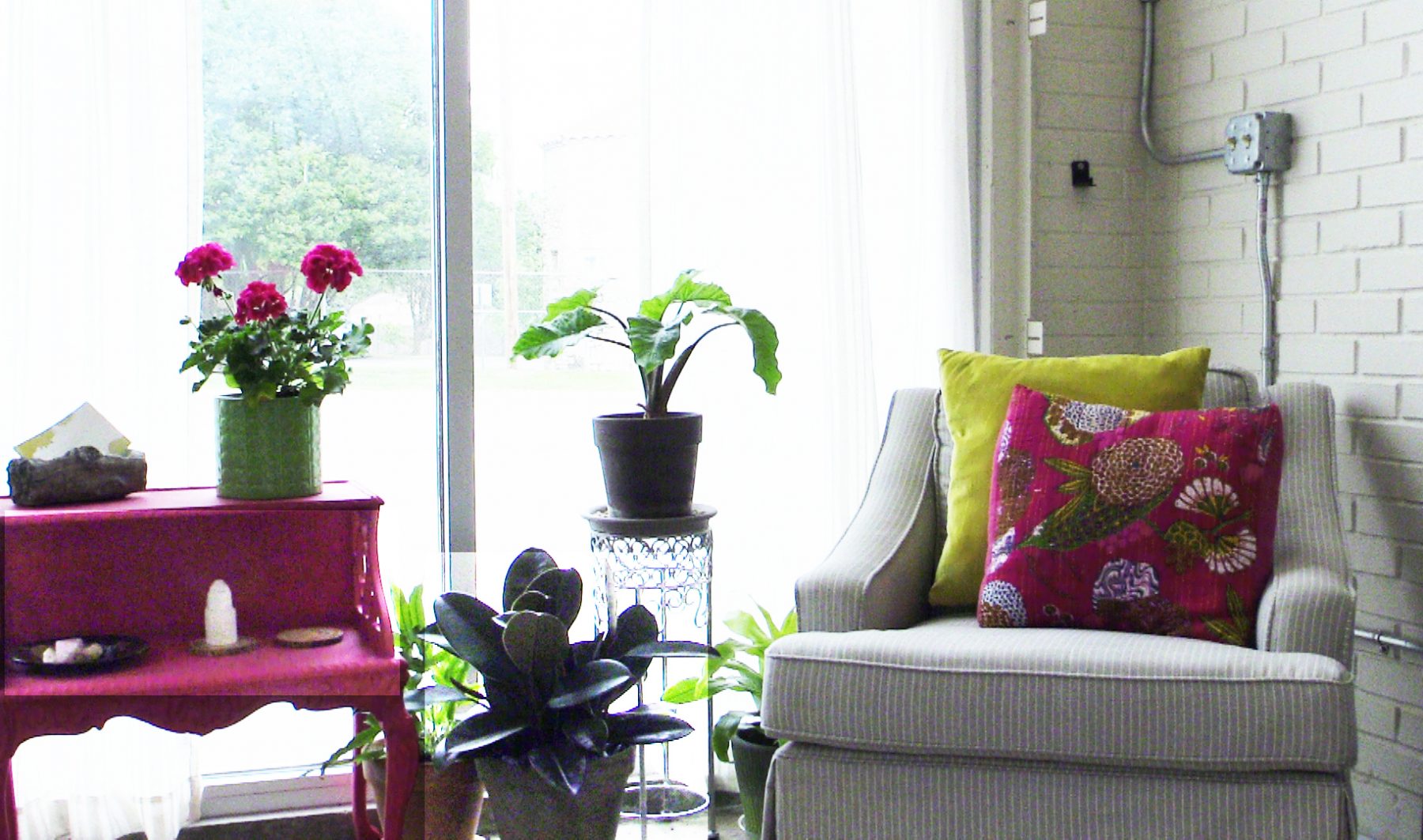 “There is something very gentle and easy about this work, but at the same time it’s powerful. The experience of lying on the table and feeling the sound waves from the tuning fork flow through your body is very cool.” —Molly Piper

I’ve done three Biofield Tuning sessions and each one has been a little different. I was interested in trying it because I read an article about how scientists have measured an electromagnetic field that is produced by the heart that extends ten feet from the body. To me this is significant, it indicates that our bodies have a “field” that can theoretically store information. I’ve struggled with depression and tried many different kinds of therapy without much success. The biofield tuning sessions were initially very relaxing. Each time I left I had the feeling that something shifted. During the days and weeks afterwards I would notice that whatever problem I’d been having (with motivation, with anxiety, with completing projects,etc.) would kind of fall away. Each time, about a week after the session, I would realize at some point in the day that whatever it was I had been struggling with-the issue that had brought me in to see Shannon in the first place- just wasn’t a thing anymore. – Heather

“Biofield Tuning with Shannon has helped me tremendously and liberated deep-seated beliefs and traumas that were there from early childhood and accumulated throughout my adult life. Shannon is a talented practitioner and a compassionate listener. Thanks to her experience as a counseling, she is easily able to find what is needed as the session progresses. Biofield Tuning goes beyond the verbal and get deep into the core of the issue without many words. However, the work is powerful and created an immediate emotional and physical relief. I highly recommend you try it if you are seeking healing and peace.” —Sheila Long

“I read Eileen McKusick’s book and felt I had to try this stuff for myself. I was really surprised that I could hear changes in the sound of the tuning fork during the session. I had a lot of memories during the session, and afterward I felt like a huge weight had been lifted. I have had many sessions and after each one I feel clearer and more focused. I think it helps me to be more productive. This work is great for resolving emotions connected to trauma, because you don’t have to talk it through so much.” —Bradley M.

“I have had 5-6 sessions and they have all been different.

The first few were very intense with a lot of energy movement and feeling like I’m outside of the body and the last two sessions I didn’t really feel as much movement. I also feel like I’m noticing a lot of synchronicities and feel like I have a deeper understanding of how I tick… As in I feel like I’m ‘connecting the dots’ from childhood experiences to how I react to things now.  I feel like I’ve had some relief from chronic pain or agitation in my legs that seems to have passed. I would recommend it to people that have an open mind and are willing to deal with whatever comes up for them.” —Jen G.

“During the session I was sensitive to energy at specific places in my body, and I got more relaxed as the session progressed, eventually falling asleep. After the session, I had a client and an errand. When I got home, I felt so tired, I took a nap. When I woke up, I took an Epsom salt bath as directed. I was also very thirsty. The next day I felt a little more vulnerable. After that, I returned to feeling well and hearty. I would try it again, and I would recommend it to others. I think it could be helpful to almost anyone, and especially for people who prefer energy work.” —Mary R.

“I got interested in biofield tuning after a friend told me about it. I have believed for some time that people have fields of energy or vibrations in their bodies, and this sounded like a way to tap into that. I had several sessions, and they were all interesting. I could feel different sensations in my body during the biofield tuning, especially in the first two sessions. Sometimes these feelings felt like vibrations, and at other times it was a tingling sensation. Sometimes it felt like heat. There were also times that I felt things on the opposite side of the body from where the biofield tuning was taking place. One of the things I found particularly interesting is how the biofield tuning goes over fields outside of your body that you carry with you from past experiences. Shannon asked me questions about what had happened at various times of my life which corresponded to the tuning that was going on. Often these questions gave me an opportunity to reflect on different experiences in my life where I have had problems or felt like I had been “stuck”. One of the things I noticed after the sessions is that I felt like energy had been freed to tackle things that I had been avoiding. I felt less “stuck”. I found this to be very helpful. Immediately after the first few sessions I felt invigorated, or recharged. My whole body felt tingly, and it was a sensation that is difficult to describe because it was very different. It felt like my body had been cleansed, or that my entire body had been flushed with water. It was a very pleasant feeling. It was recommended to me that I drink lots of water afterwards as well. I would recommend to anyone who tries it to go into it with an open mind.” —Charles C.

I went to Shannon for a Biofield Tuning session because  I had been experiencing severe pain in my lower back and left hip. The pain radiated down my leg and I was unable to stand up straight. I knew very little about Biofield Tuning, had no idea what to expect and I was skeptical as to whether or not I would see any results but decided to give it a try. When I arrived at Shannon’s studio she had to help me out of my vehicle and up the steps and onto the table. With an open mind I closed my eyes and did nothing but breathe and relax. The combination of Shannon’s soothing voice and calm demeanor along with the healing chimes created a place of peace and utter relaxation. She explained everything along the way and I was totally comfortable the entire time. With little to no physical contact she was able to remove the pain I had been carrying around. This technique is amazing and much to my surprise I was able to get up without assistance, my acute pain had disappeared and I was standing up straight when I left her studio. I’m not entirely sure I understand how it works but I am a believer in the energy fields around and in our bodies and it makes sense to me that health can occur when energy blocks are released. I hope to do it again and I highly highly recommend it.-  Diane Janes

“I cannot say enough about Shannon and her amazing healing powers! I came into the session feeling very stressed and suffering from sciatic nerve pain.  Shannon is full of knowledge and has such a nurturing spirit.  The session was very relaxing and I left feeling like a weight had been lifted.  And the best part…..ABSOLUTELY NO sciatic nerve pain since my session almost a week ago!”- Kendra Helman, Reiki Master, Austin, Texas

Disclaimer: Biofield Tuning is contraindicated for women who are at any stage of pregnancy, people with pacemakers, and anyone in treatment for cancer or other serious life threatening medical issues. Biofield Tuning should not be relied upon as health, medical, psychological or professional advice of any kind. Biofield Tuning’s intended use is as a method for self healing and wellness. Biofield Tuning practitioners are not diagnosing or treating any medical or mental health ailment. Biofield Tuning is generally considered a safe alternative or complementary health modality, but is not regulated by the state of Texas.